Circle in The Square

Nature grows out. The work which sets off Circle in The Square is a facsimile of such growth. If you crack open a gobstopper you will see a similar looking thing – colours set in layers and sucked on to reveal taste. The colours of this painting do not reproduce well, even the gallery invite does not get it right. Colour setting and other seemingly academic concerns asside, the sweet-like stickyness and twinkle is difficult to capture in a photograph. Even so, the colours used by Lerner in Pink Center for S.M. deserve some sort of mention. It is here in the tension between pink and blue that the journey is most evident.

For forty some years this woman has practiced the steps. American born, she found herself taken by the sounds and resonant echoes of cultures beyond the cookie-cutters of the United States. Adopting foriegn lands and exotic surroundings, it is fair to say that she was seeking the exception. The work here is a product of the last four years and the oils used look as fresh as ever. This could have something to do with her methodical application and also her internal chase for completion. Either way the colours sing like newborns. They sing off each other like they need. They do not harmonise as you might expect. On the whole, the circles, ovals and squares re-appear as a standard motif more so than as symbols, something to pin on the wall while you try to keep the hand steady. The shapes have whistled while the artist has worked to the line and been careful in most cases not to cross it. 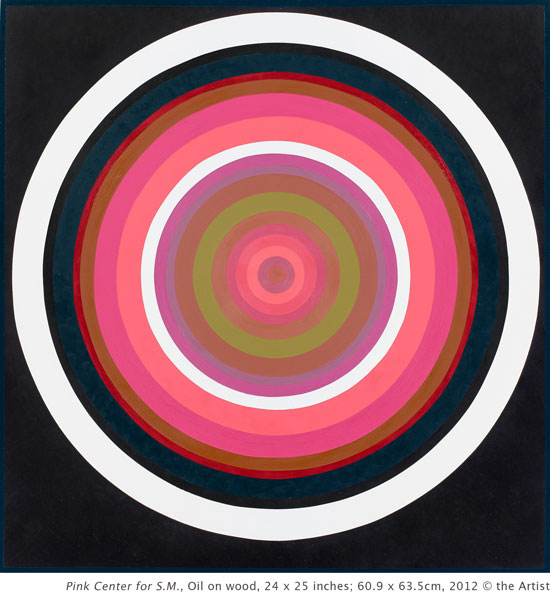 In essence, the aim of this work is to make work. As individual works, many resemble items from Habitat, certainly they appear as products of an existent visual culture of design. While some are framed, others are made as the final form before even the paint is applied. The path to product is close to perfect. In the end though, this is a studentship of colour and comparison, and when it works there is a kind of chant which small birds make when they are hungry. That said you would need the summer sunshine to welcome such a wake-up call. 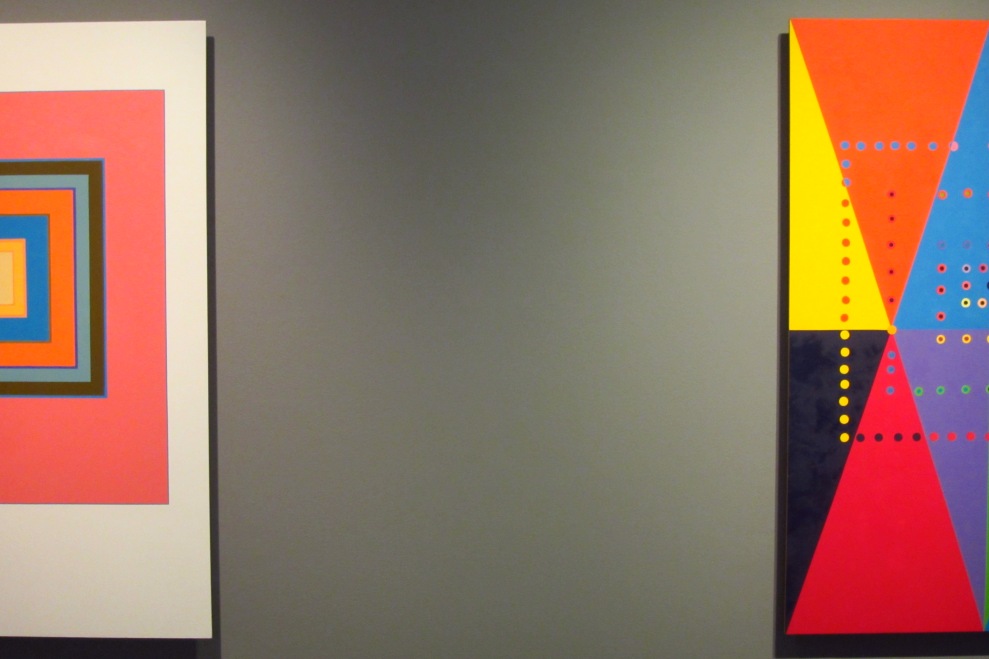 ‘Circle in The Square’, by Marilyn Lerner at The Butler Gallery, Kilkenny, Ireland

Lerner teaches painting and drawing in New York’s School of Visual Arts. Her movements of head to hand to surface represent this direction. Necessarily, her direction is toward intellectual completion. Just as a weather forecaster charts spirals as coming rain clouds, the enigma of the paint is set down as understood. The geometry is often tidy. What comes is a contradiction, her complimentary forms braced by their sharp lines. Her response to this resurrected deluge, falling through her as geometries of ancient form, is to part with chaos. In this way, she pictures the random fall of leaves in the wind as though counters in a game of Connect Four. Suddenly it makes more sense that the paintings are difficult to capture, there is a phantom quality, where the sticking oil is dissolved as ectoplasm or something uncertain about its own presence. 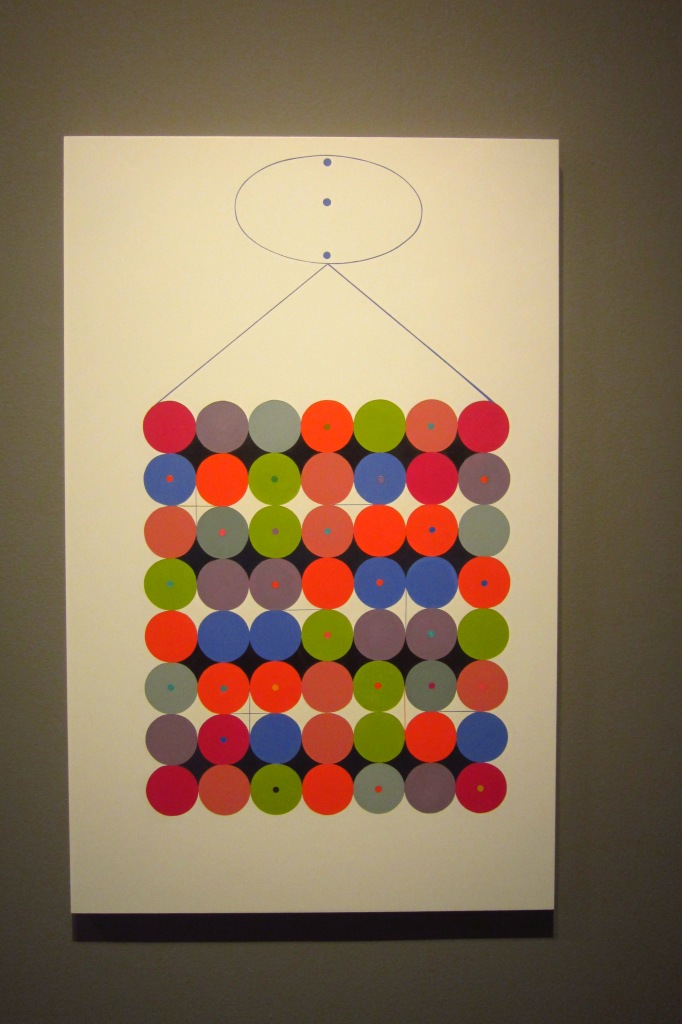 The thing which turns each work, whether a square bearing a circle or vice-versa, comes to be the substance of paint. Like a zero-point, where beginning and end reproduce an elemental secret, colour is pure. It reaches no gap which it must traverse. Colour is fantasy and reality, it makes no distinctions. Natural colour may be more associated with a certain range of tones as browns or earthy colours like green or blue. There also appear colours which can be seen as bright, seeming to retain something of the light which produces these yellows and reds. This all happens on a planet which looks blue and green and yellow when seen from space. 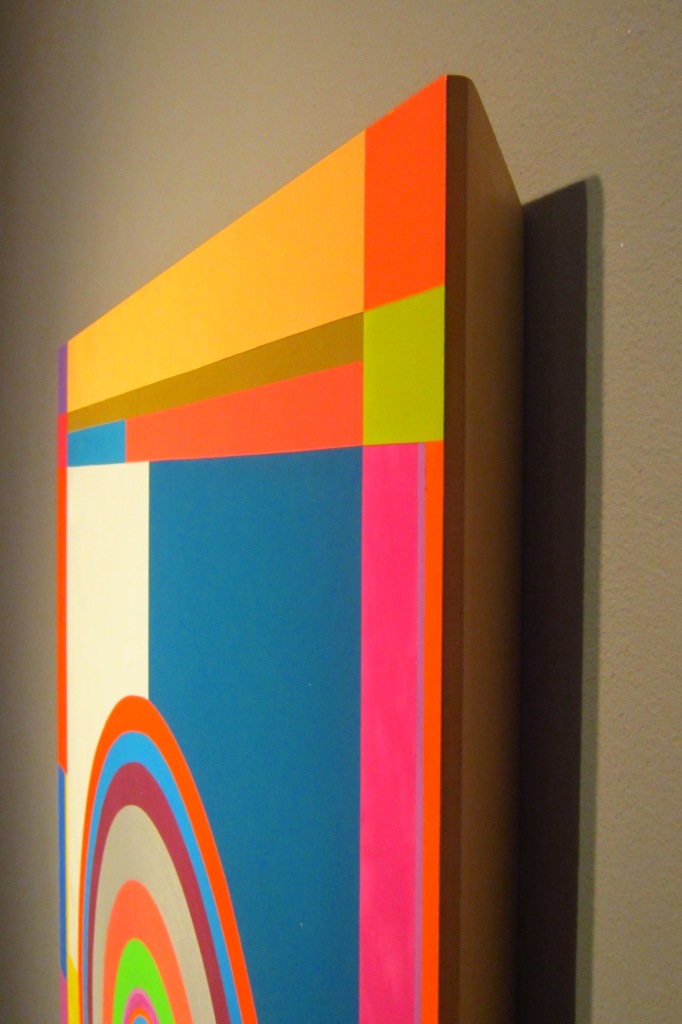 ‘Circle in The Square’, by Marilyn Lerner at The Butler Gallery, Kilkenny, Ireland

Street lights from cities across the globe can also be seen from space. These lights do not require that we see them from space. These lights nonetheless produce a cumulative effect, as though singularly intentional. Even if these lights appear on the surface of earth from a distance, they are maintained for utilities closer to home, street security, night shift economy etc. The effect from space is easy to visualise, but to do so we must conceive of our existence beyond what is immediately necessary. We must remove ourselves to such a distance that there becomes no need to eat or sleep or want at all. We must exist as concept. Upon our arrival at such a place, we should occupy not the elements of life as we know it, but rather a series of layers, interchangeable and inexhaustive. Space can easily replace space if that is as far as we care to see. 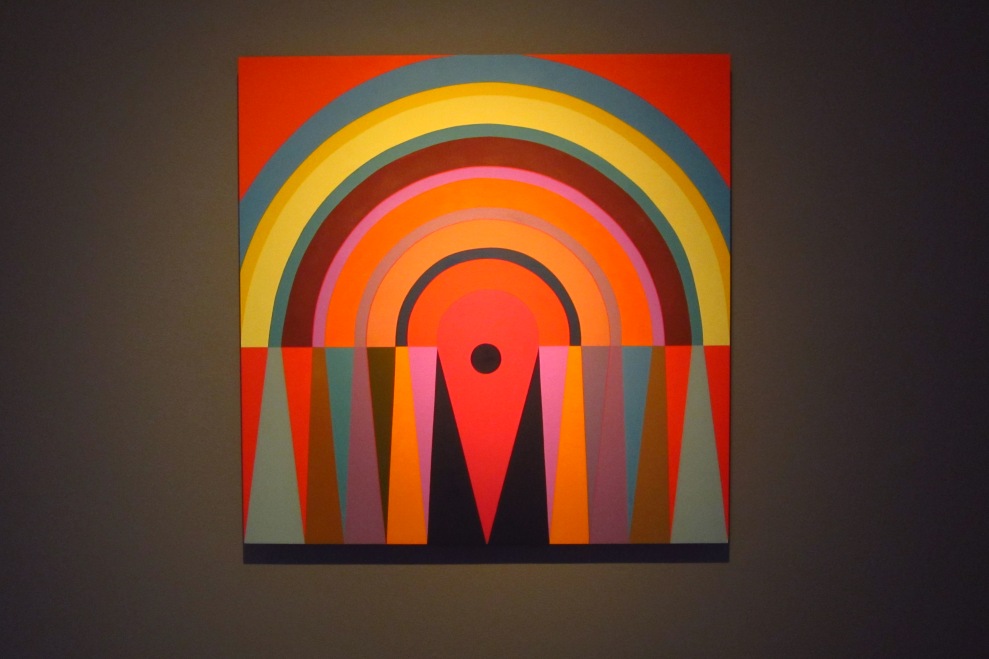 In 21 works through four rooms, painted grey to accent this colourful display, no one piece really stands out. There is no statement more apparent than the legitimacy of practice. It is obvious that these works are finished to a high standard and that with the exception of one or two, this standard is upheld throughout. Overall, a shiny surface and some pictorial mapping of inconceivable affinity makes for some pretty pictures and some well executed illusions. Lerner has an eye for space and when she leaves colours to serve as forms themselves, the character of colour shines through. When her controlled application concludes as a designed surface it is all too obvious that paint and people operate on very different planes of existence. From here the path becomes murky and difficult to trace. The paintings continue to illuminate but to what end?